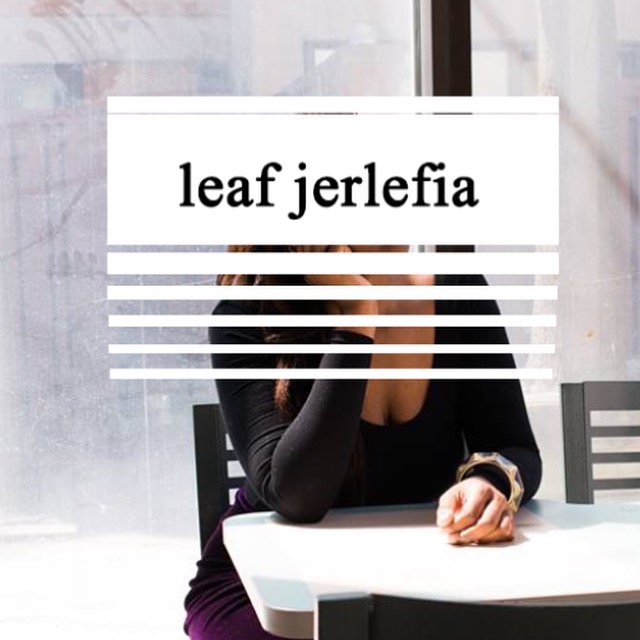 leaf jerlefia is a Jamaican-Canadian curator, poet and cultural critic, whose work explores notions of diaspora, home and belonging. She is the author of Hope & Hunger Handbound Books—a series of hand-bound artist books featuring poetry and prose inspired by feminism, diaspora and community. Her titles, In Transit and Black Is the Colour of My Hair have been sold at Xpace Cultural Centre, Aspace Gallery, Canzine Toronto and the Chester Newsstand. Her multiples, entitled Doctor’s Notes Against Intolerance (2016), were featured in This ArtWorks!, a web-series for CBC Arts in collaboration with Madeleine Co.

In 2017, jerlefia participated in a 6-month long nomadic residency with British filmmaker, Isaac Julien, CBE, as part of OCADU’s Global Experience Project. She curated the resulting show, entitled Wandering Ground (2018), which opened for Toronto Art Crawl (2018)— and explored the diasporic experience in the colonial Motherland. She has curated 7 exhibitions, including It’s (Still) Privileged Art (2015) and Soul: Thrifted (2017). 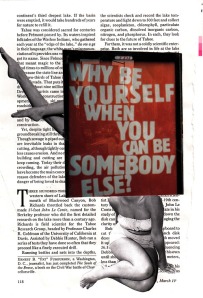 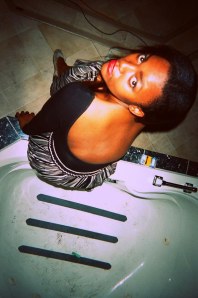 1) What does respect in a professional exhibition space look like to you?

Communication is key. The artist and the curator should have a dialogue at all times – I want to know how my work will be hung, I want to weigh in on display. A show is a meeting place for curator and artist, they’ll have to meet in the middle at some point.

2) How does your art practice empower you?

Being a creator is empowering in itself: my practice allows me to fill in something that is missing—either within me or within the space that I’m in. My practice allows me to situate myself in a narrative that says I’m valuable and what I’m feeling is true and important. Above all, my practice empowers me when it empowers other people: by extending a space/work I’ve created with someone who has had similar experiences I sew the seeds for community.

3) What drew you to your particular medium?

I’m a writer before anything else; I like using semantics and writing to subvert and reject hegemony and to craft an anti-oppressive vocabulary that recognizes my experiences – and the experiences of marginalized groups. I’m a writer because this way my words speak before my face, or my skin does. There’s certain subjectivity to a white page that can be misconstrued when a name or a picture is put next to it. “leaf jerlefia” is how I fill in the blank. It’s my pen name yet it’s my real name; simply leaving “leaf jerlefia” at the end of a paragraph I’ve written allows me to stand behind my writing: my words become the centre and a sort of intimacy is created between two unknown bodies. My poetry and my writing aren’t for me, there for people. While I think my face is important, I think my words are even more.

4) Do you find that your work is often labelled as political? How does that affect your process or approach to your work?

Naturally, as a woman of colour my work is always labelled “political.” When a disenfranchised individual speaks about their experiences or creates work about their experiences, their work IS ALWAYS political. By speaking about the macro aggressions and microagressions they experience they’re critiquing the public affairs of their country—which makes the work political. The act of speaking of my identity in a space where it is rarely represented becomes a method of resistance. So often if my work and my writing aren’t characterized as political it is inevitably anarchical.

5) What would you change about Toronto’s emerging art scene?

While I’d say some competition could be healthy, it should also be known that the competition between artists in the Toronto ecology is derived from the desire to be marketable. It saddens me that success is often weighed by marketability and less from criticality. We should focus on building a community for sharing ideas and experiences rather than competing and conforming to make a quick dollar. We need to show up, support and be truly in solidarity with one another; success is communal growth, not capital.

2 thoughts on “About the Artist”

The Head in the Sky Collection, as well as the poetry are copyright and trademark registered materials.