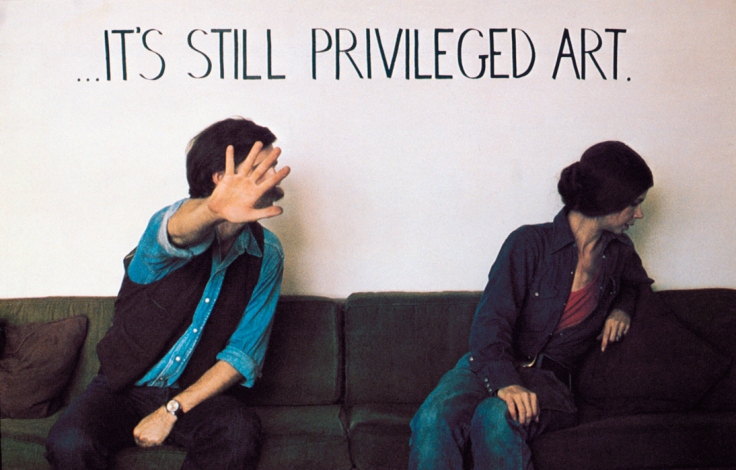 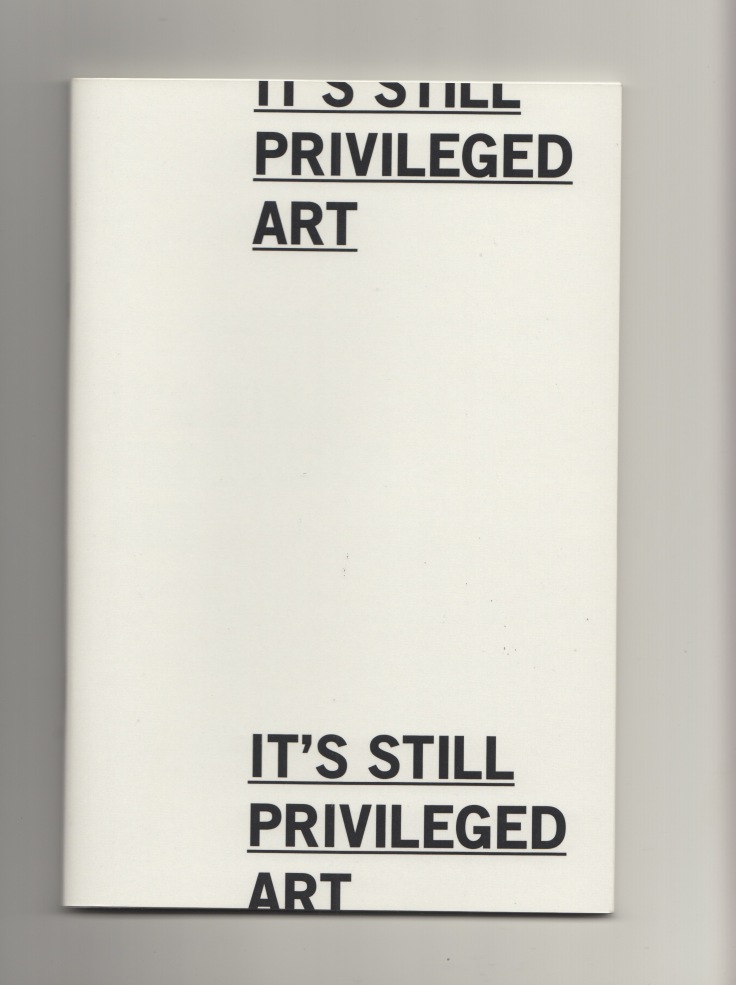 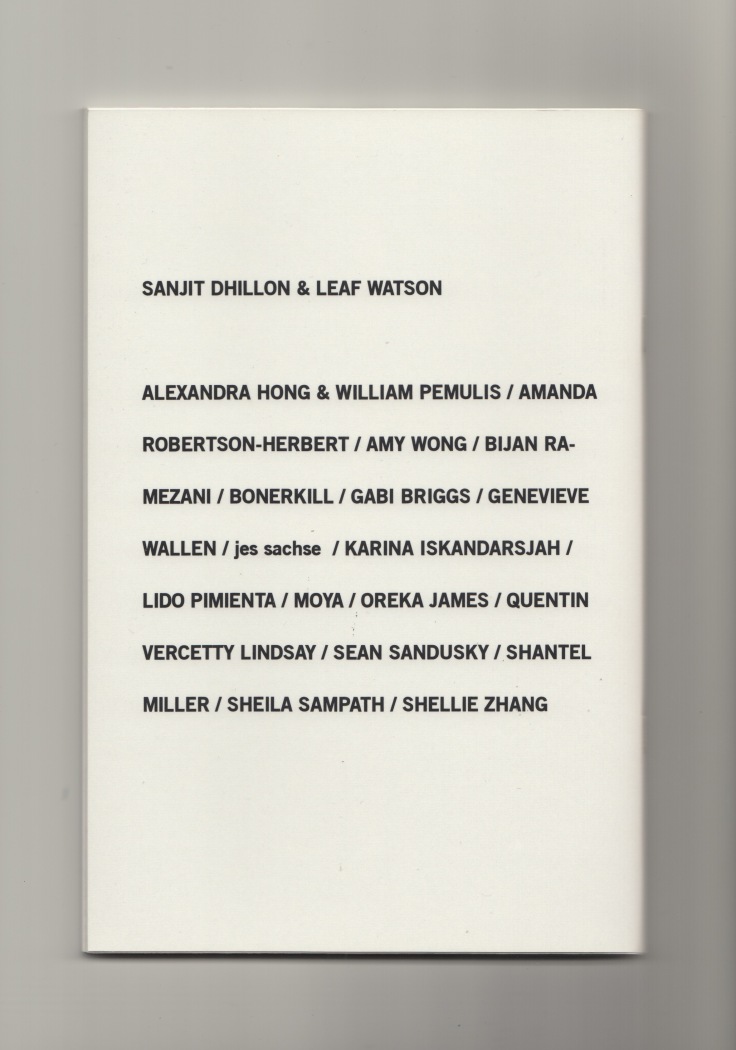 By extending the dialogue of privilege, It’s (Still) Privileged Art (2016) poses as a contemporary response to Carol Conde and Karl Beveridge’s retrospective. The works within the exhibition and this book explore the interconnectivity of equity, accessibility and privilege with identity, race, gender and sexuality within the Toronto arts ecology. Artists, writers, designers and curators take on roles of artist-activists in resistance against institutional, political, and cultural hierarchies. In critiquing the role of power and privilege, artists reclaim the identities and subjectivities that were taken from them at birth. It’s (Still) Privileged Art (2016) examines the way in which artists access their positionality in the narrative of privilege within the Toronto art scene. As noted by Jacques Derrida, deconstructing oppositional binaries exposes a trace. Supremacy becomes a trace of reclamation as the inevitable non-meaning that is brought to mind with equality. Thus, even in the absence of supremacy it is still present.

Traces and erasures become tools used in navigating, subverting and reclaiming governed spaces. Bijan Ramezani’s White Wine, White Walls, White People focuses on navigating and reclaiming his Iranian-Canadian identity in a post 9/11 western society. Ramezani reclaims his space on the page by erasing National Geographic’s distorted representations. Yet, even in this erasure traces of hegemony peak through the white paint. Similarly, Australian artist Gabi Briggs uses erasures to critique the absence/presence of Indigenous identity in the colonial narrative of Australian history. By photographing her body in a manner that is aesthetically similar to archival and ethnographic imagery, Briggs’ QWE3NZ crafts an alter-narrative that subverts the colonial gaze. She reclaims authority of her space and traps the viewer in a voyeuristic gaze, which feeds their colonial eye but leads nowhere. The work becomes symbolic of both entrapment and release.

While creators use drawing and erasing, constructing and deconstructing, to reclaim their spaces their actions often become a cat and mouse game. The cyclical nature of covering and recovering is indicative of the pursuit of change; change takes constant effort. In their deconstruction the artist constructs, and in their reclamation they reveal supremacy.

This book is a curated safe space for marginalized groups to speak their truths. Undeniably, one cannot consider the concepts of privilege, accessibility and equity without considering race, gender, sexuality and identity. It’s (Still) Privileged Art (2016) is a space to be critical of medial discourse, cultural landscape and hegemonic histories. This book allows artists, writers, designers and curators to situate themselves in a narrative that values their experiences.