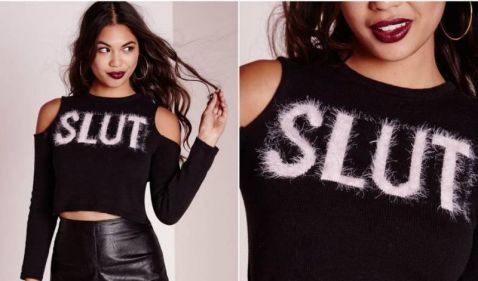 I’ve slept with twenty-seven people. Thirteen girls and fourteen guys. I know, who would’ve thought I had all that spare time.

So, now that you know I’ve been around the block what do you think of me?

Am I:  a) a slut b) a prude or c) an average girl? Chances are your answer dances around a) and b) because we live in a society where a woman’s value is determined by numbers; Two types of numbers to be specific: Weight and Sexual Kill Count.

Undeniably, these lists and numbers are made and used purely to condemn women. Women? Why have  I only mentioned the condemnation of women alone? Because we’re all aware of the notorious double standard: When a man sleeps with a multiple women he’s player and bachelor, yet when a woman does the same she’s a whore.

“A woman with countless sexual encounters in the carbon copy of failure. Would you buy a car with thousand of thousands of mileage or dented and misused for valued money?”

I read this comment a few days ago when reading a article with similar content. What the commenter failed to realize (or care) however, was how incredibly misogynistic and sexist his comment was. Of course the base of this “No One Wants a Whore” argument is always to compare a woman to sold good. Suddenly, she’s a car with a dollar value; When misogynists think of women they think of storage space instead of actual beings. *Keep that in mind when you speak to one next time; they can’t fully comprehend that you have thoughts and feelings.

At the end of the day everyone wants to wear white to their wedding, but no one’s really “earned” it.  So, is a wedding dress like a big adult gold star where if you can fit into it and wear it down the aisle you’re somehow worthy of loving? I don’t intend of wearing white to my wedding, and that isn’t because my kill count is out of this world–as a matter of fact– that isn’t my ‘kill count,’ it was just wicked opener, you’re welcome.

More often then not, a girlfriend of mine will record a list of her past partners then comment on how much of a big slut she is. Something inside of me considers whether this self-hatred is true or sarcastic.

But now I’m curious, how did the added bisexuality change your assessment of my sexual history? Am I more of slut because I’ve also slept with girls or am I less of slut? Let me know.

In this age of fourth wave feminism, women are taking back their subjectivities. And it isn’t to say that they never had a subjectivity to begin with but rather to comment on the way women are saying fuck you! to beauty standards and ‘ladylike’ etiquettes that have been imposed on them. I mean the act of taking the right to our own bodies back from the media, the men and the market.

‘Slut’ is a buzzword for empowerment for some and a slur to others.

I think this speaks to the way in which no two women are the same. Therefore, you can’t lump us into one useless analogy that makes us seem like the same marketed good. We are not your Toyota Corolla, so stop acting as if we are.

I’m all for modesty, sexuality, skin, etc because I’m for women’s rights before anything else. I support a woman’s right to choose whatever she feels is right for her. I also believe in good sexual health, so do you, girl, but make sure you’re protecting yourself while doing others.

Does your sexual kill count matter?

Sandra Bland. Breonna Taylor. It could have been me. #regiskorchinskipaquet #blackouttuesday
The hashtag blacklivesmatter is filled with important prose, resources and images. It is currently being flooded with empty black squares. Please use the hashtag #BlackoutTuesday instead to mark your solidarity. Remember, this is only a gesture of solidarity. True allyship means doing the work and supporting the change.
George Floyd. Trayvon Martin. Philando Castile. #blackouttuesday
Day 8 and I’m writing new short stories. Foreseeing & Unseeing is finally live on the blog for those who want an afternoon read. Link in my bio. 🥰🌿📚
🌿
grateful ✨🌻👋🏽
🥪😍
🍨🍰🧁🍪🍬☕️

The Head in the Sky Collection, as well as the poetry are copyright and trademark registered materials.