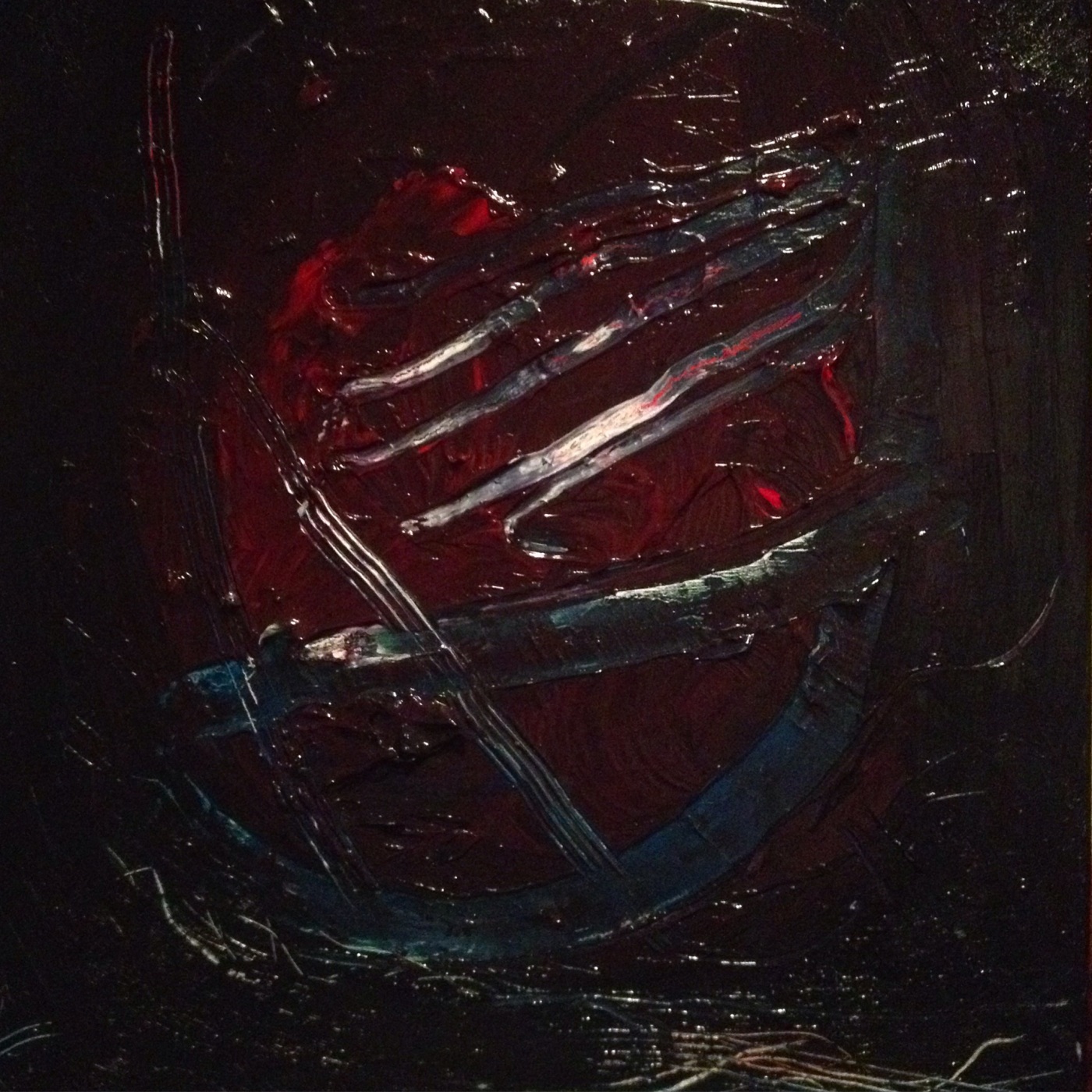 I revisited the house my father haunts,

Empty and hot- heavy with loss—

Filled with old air and hollowness.

My hand held a light over my head

While the other ran across cold concrete

And the walls of the robbed rooms,

Where furniture once was.

I pressed my lips-sucked the flesh within my cheek

To prevent the tears from coming—rushing down,

The stairs into empty hallways with broken tiles

On which my baby feet once tapped with euphoria

Running from my brother in a game of tag.

I wonder into chambers where my father recited Shakespeare

And told stories of past conquests: into rooms where I laid my head

On a soft bed, pretty walls rocking me to sleep.

Now I’ll become an insomniac; As my mind fills with hatred and hurt

My chest shivers and shakes with every breath—

The devastation overpowering a heart’s rhythm—

My father’s still beats in the air, in the walls

Because he will never rest knowing that his best friend

Stole everything and anything he could to get ahead of the dead.

A man I once called “Daddy,” although was not my own

Things that were to belong to me, and my brothers

Things left behind to pay off the debts that came with death,

And the debts that come with life.

When so much has changed?

Her owner is now dead and her stepfather wants to claim her as his own,

Poor Delores Haze, what trouble you’ve gotten yourself into.

How do I still smile at the world when I’ve seen the ugliest of its corners,

The poison of its people—loss after loss.

My voice doesn’t echo inside the haunted house,

The concrete walls absorb the sweetness of my tongue —a fallacy,

A fake a noise made to disguise my despair.

Torture is worse than death—

My throat knots and begs for the tears to come

I hold my breath and listen as the house breathes, to Daddy’s heart beat in the walls.

He will never rest until this is over, until the last Act is played

And Claudius falls onto a poisoned sword,

Anointed by his own lies and selfish schemes.

At the gates of the haunted house, once the tour ends, I realize I’ve become Hamlet,

And in the avenging of my father’s betrayal I too must die.

One thought on “Haunted House: The Transcript”